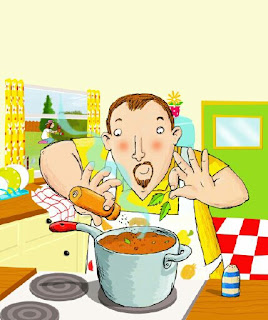 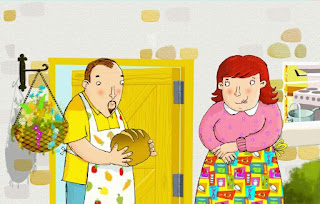 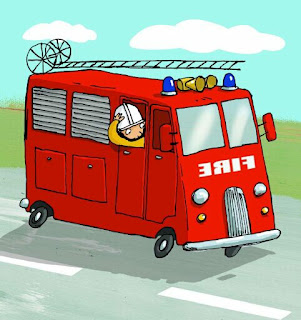 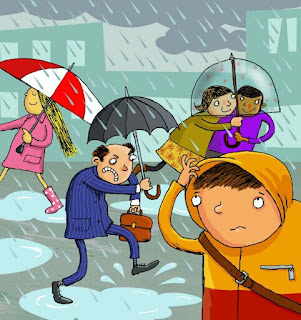 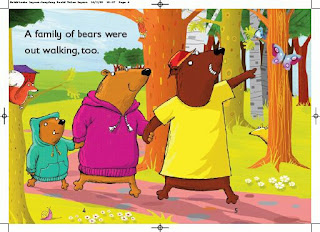 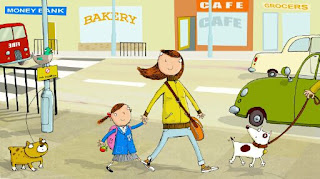 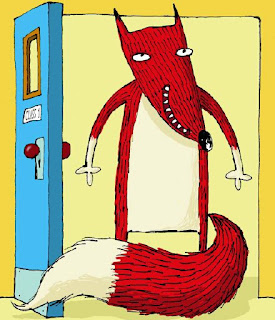 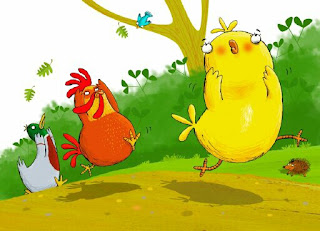 Posted by Andrew Rowland Children's Illustrator at 09:10 No comments:

Born in Oldham Hospital 1962 on a rainy Sunday. With no trams running Andy Rowland was carried home mile after mile along cobbled streets, past dark, satanic mills wrapped in his father's flat cap.
Back at home his parents couldn't afford to evict the lodger so I he slept in the coal shed with the whippet...and my sister...and my other sister.
To make the rainy days pass Andy would draw matchstick men and matchstick cats and dogs on the walls with a piece of coal. Thus began his interest in art.
Years later whilst working in the factory my talents were noticed by the top-hatted mill owner who offered to send him away to art school and not foreclose on his parents house in return for %33 of any future earnings.
It was whilst studying for a degree in Manchester, that he was called away to an even bigger, dryer city...London, to accept first prize in the MacMillan Childrens Book Prize, where against all odds he had beaten other illustrators from all over the country.
Years later Andy has over twenty published books under his belt as well as loads of greetings cards, murals, portraits, community arts, photography, pottery and voluntary work.
He still lives in the north and his dad still hasn't been evicted... yet!
Andy also wishes to say “my favourite wine is red, my favourite cheese is blue and some or all of the above may or may not be true. Boom Boom!”
Posted by Andrew Rowland Children's Illustrator at 09:01 1 comment: